after I had some really big performance issues I decided to make some speed tests.

For the following tests I used the tool ATTO Disk Benchmark Ver. 2.34. The setup is Zyxel NSA310 with the current Firmware Release V4.62(AFK.0) and FritzBox 6340.

The first test was done via WLAN:

Result: only up to 4.5MB / sec. This was the speed that I get almost when I copied files. I was very dissappointed and did the next test with 100MBit via LAN. 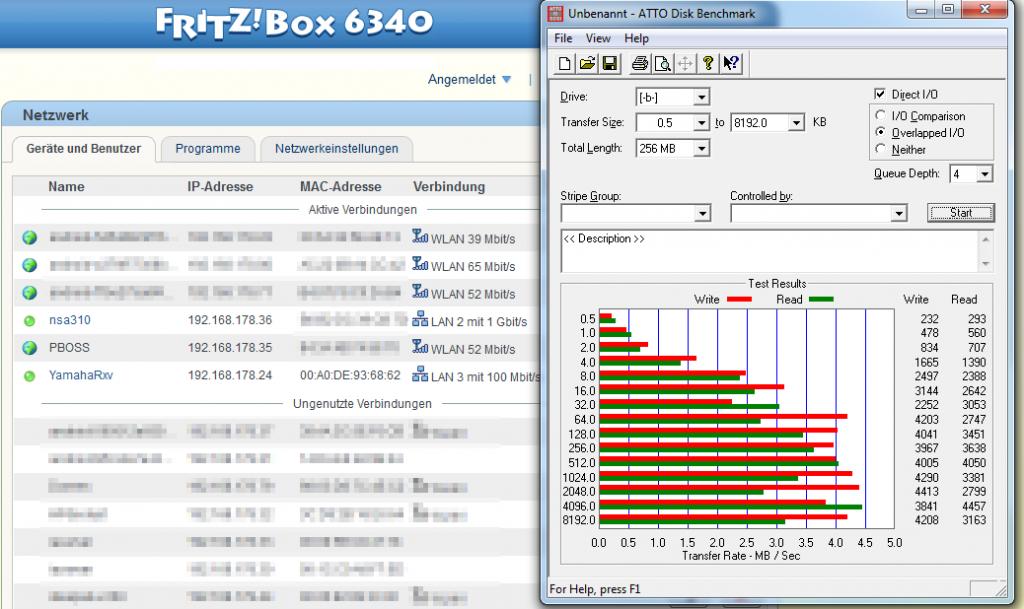 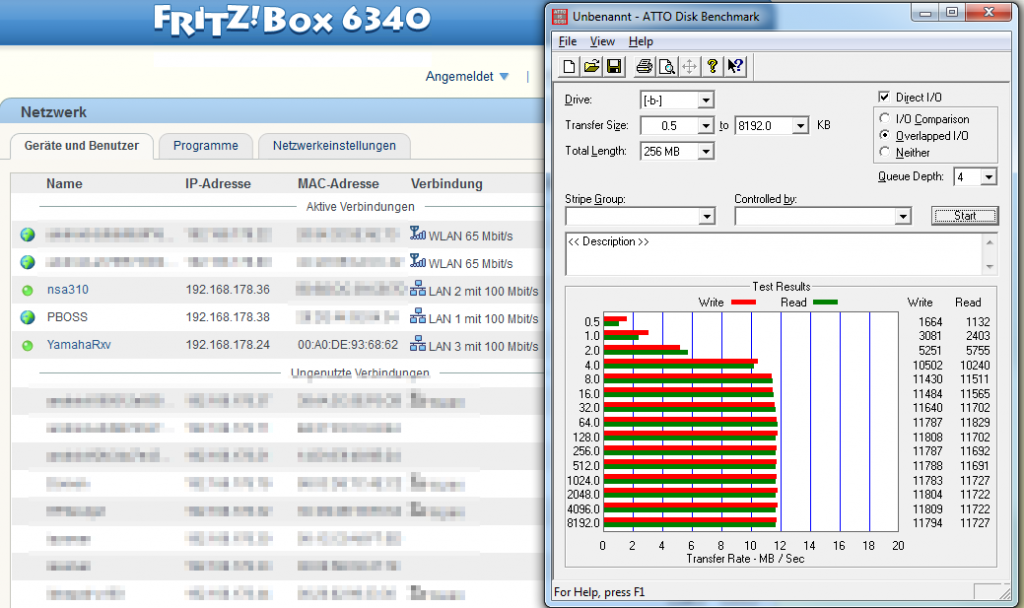 Ok, now I did the test with 1Gbit LAN

Important: You have to disable the „green Mode“ on your FritzBox, otherwise your speed will be limited to 100Mbit/sec. Result: up to 43 MB/sec read speed and up to 50MB/sec write speed. This is a really good result. 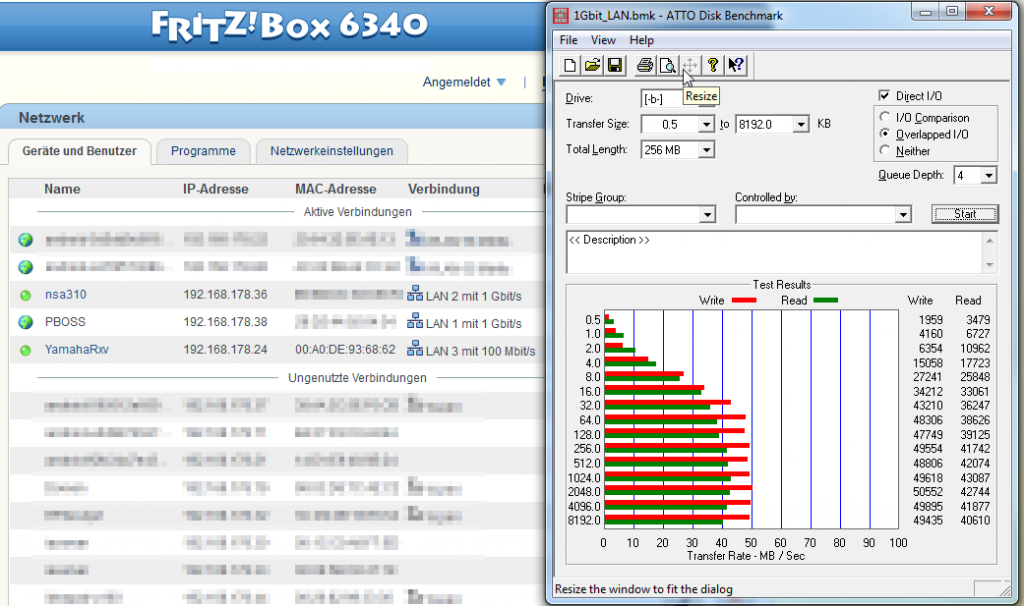 Conclusion: The problem in my case is, that I do not have a LAN connection from my daily-work-notebook to the NSA. This means, that I have only the low speed of up to 5MB/sec on daily work. But for bigger file transfers like Backups etc. it makes sense to place a LAN cable across the rooms 🙂

I handle some of my Contacts (especially email-only-contacts) via my owncloud instance instead via google. Now I had the problem that I need all those contacts on my mobile android device to be able to write emails to those people.

I don’t like to sync my email-pnly-contacts with my google account, so I need a solution that is working fine with android but without merging the contacts.

The solution that works well for me is to sync the contacts to my phone / tablet via CardDav free (https://play.google.com/store/apps/details?id=org.dmfs.carddav.sync&hl=de)

How to Setup the Sync: